The area in the Southern Province of Bà Rịa - Vũng Tàu has suffered pollution from aqua-exploitation activities that saw waste released into the sea threatening biodiversity. The rapid development of tourism on the island in recent years has also seen an increase in waste.

Deputy Director of Côn Đảo National Park Management Board (NPMB) Trần Đình Huệ said in the past six months the National Park’s forest management division had conversed with thousands of residents and tourists to raise public awareness of environmental issues. His staff had monitored seawater every two weeks over the past six months measuring temperatures, pH levels as well as collecting 854 cubic metres of garbage.

The NPMB plans to work with relevant agencies to raise public awareness and strictly deal with violations. Climate change and human activities are putting coral reefs under great pressure, leading to a decline in coverage and coral bleaching. Therefore, the NPMB had co-operated with Nha Trang Institute of Oceanography to recover and develop the coral population over an area of 40 hectares since 2018. 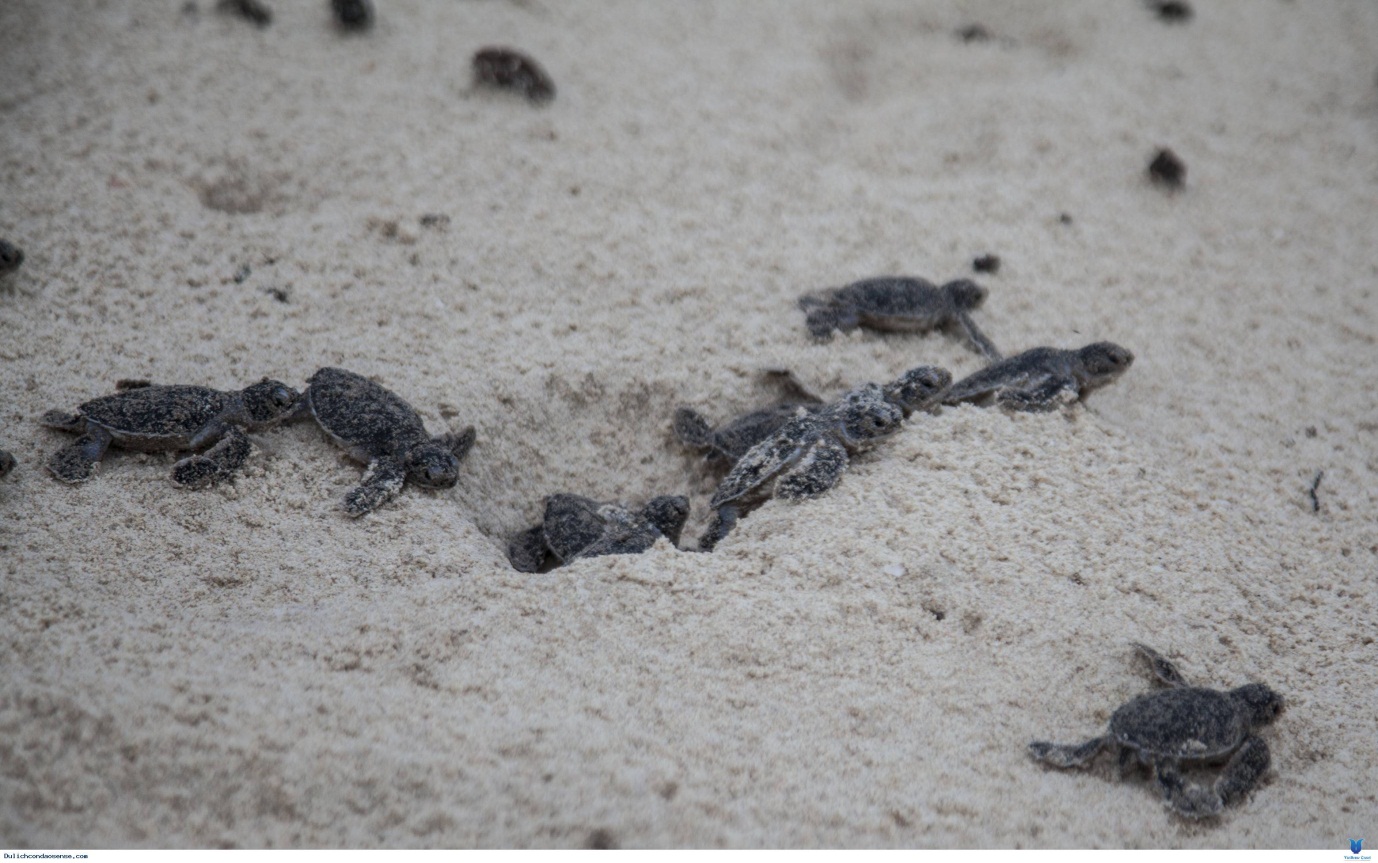 81.137 baby turtles were released into the sea in Côn Đảo

The first phase of the project focuses on offering training to the local community to improve their awareness of marine protection and coral recovery techniques; recovering 1ha of coral with more than 1,500 coral branches transplanted. In the second phase, another 2 ha of corals will be recovered.

Deputy Head of the National Park’s forest management division Nguyễn Văn Trà said illegal hunting, killing and selling meat and turtle eggs was still a problem. In an attempt to fix the situation, the National Park deployed a project to save turtle eggs and baby turtles to recover the turtle population.

The project aims to strengthen protection of mother turtles, hatchlings and eggs on spawning grounds, minimising the disadvantages of natural and human influences, their reproductive capacity in conservation stations and some monitoring sites, and studying the ecological characteristics to better preserve them.