Costa Rica: Designing a template for a cleaner, carbon-free world

Costa Rica has long punched above its weight as a global green pioneer with a strong social conscience, but now the Central American nation is preparing to cross the ultimate environmental frontier with a detailed plan to decarbonize its economy by 2050. Many countries have promised to do the same - reducing emissions is a key commitment of signatories to the Paris Climate Agreement - but Costa Rica is one of the first to turn pledges into solid policies and to frame the shift in terms of economic and social benefit.

In recognition of its decades-long commitment to ambitious policies to combat climate change and protect the planet’s natural resources, Costa Rica was awarded the United Nations Environment Programme’s Champions of the Earth award for policy leadership this year. Mr. Leo Heileman - The UN Environment Programme’s Regional Director in Latin America and the Caribbean said: “Costa Rica has been a pioneer in the protection of peace and nature. With effective policies that involve the state, citizens, scientists and the private sector, the country will achieve its goals and set an example to the region and the world”.

Costa Rica’s Government says it is going to decarbonize the economy because it makes economic and social sense, a statement that challenges the oft-quoted trope that fighting climate change will cost jobs and stifle development. Costa Rica’s message is that sustainability and growth can and must go hand-in-hand. “The decarbonization plan consists of maintaining an upward curve in terms of economic growth and at the same time generating a downward curve in the use of fossil fuels, in order to stop polluting”, said Costa Rica’s President Carlos Alvarado Quesada. He said: “How are we going to achieve that? Through the electrification of transport, smart and resilient cities, sound waste management, sustainable agriculture and improved logistics”.

Costa Rica’s environmental credentials are impressive: more than 98 percent of its energy is renewable, forest cover now stands at more than 53 per cent after painstaking work to reverse decades of deforestation and around a quarter of the country’s land has been turned into protected parks and reserves. This doesn’t mean the challenge of decarbonization is any less daunting or any easier to deliver than in other countries. But Costa Rica’s leaders are undeterred. They’ve pushed the boundaries before. 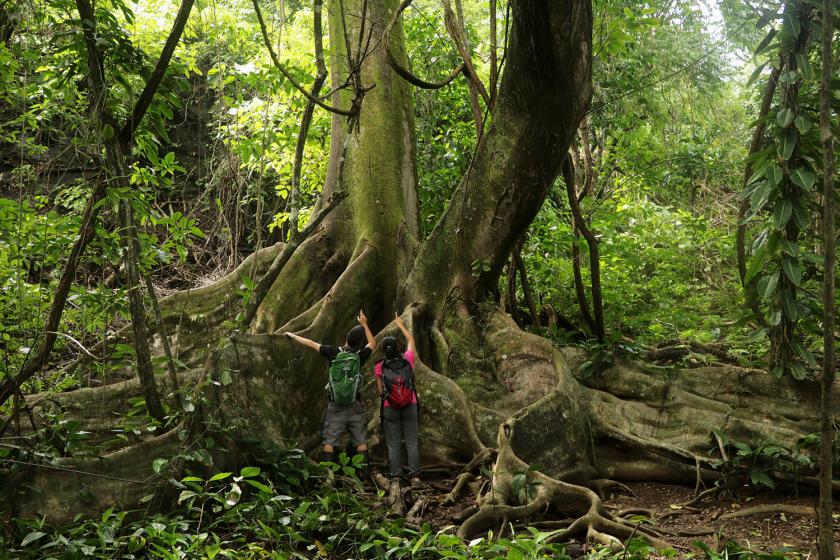 Costa Rica has a long history of achievements, not only in terms of the environment but also in other fields. About 50 years ago, this country began to push a series of innovative environmental policies because the paradigm of sustainable development is very much in the DNA of Costa Ricans. The National Decarbonization Plan, with bold mid- and long-term targets to reform transport, energy, waste, and land use, was launched in February of 2019. The aim is to achieve net zero emissions by 2050, meaning the country will produce no more emissions than it can offset through actions such as maintaining and expanding its forests. The Plan will help the country fulfil its commitments under the 2015 Paris Climate Agreement and the United Nations Sustainable Development Goals, but those global targets are not the only drivers. Officials say they want to change the paradigm of development and build a consumption and production system that generates an environmental surplus rather than a deficit.

In fact, this country of 5 million people produces only 0,4 per cent of global emissions. Despite this, it wants to inspire others with bigger carbon footprints to bring about the urgent transformations needed to prevent destructive global warming. In 2018, the Intergovernmental Panel on Climate Change found that limiting global warming to 1,5° C would require unprecedented changes to reduce carbon emissions by 45 percent from 2010 levels by 2030, reaching net zero emissions around 2050.

The biggest challenge for Costa Rica will likely be decarbonizing the transport sector, which accounts for 40 per cent of total emissions. The National Plan’s targets are ambitious: by 2050 all public buses and taxis will emit zero emissions, and an electric train will provide transport in the capital city, San José. Construction of the line is due to start in 2022. Legislation has also been introduced to grant companies tax breaks if they build bike racks and buy bicycles for their employees. Municipalities will also be obliged to build bike lanes on all new roads.

President Carlos Alvarado Quesada has a clear vision of the city of the future. “I imagine a city where mobility is based on clean energy; a city that bets on technology but prioritizes people’s well-being, freedom and right to privacy; a city where you breathe clean air; a city that manages waste sustainably and a city where you are in contact with nature to find peace of mind”, he said.

Beyond transport, the Decarbonization Plan also states that by 2050 all of the country will have solutions for the collection, separation, reuse and disposal of waste and forest cover will be increased to 60 per cent. Authorities say they Plan to introduce fiscal reforms, including taxes on pollution, and build on the clean energy potential of the country in order to incentivize green growth and phase out fossil fuels.

Environmental institutional reform will be needed to create modern, digitized and flexible institutions able to manage the transformation. Among the institutions that will be affected are the Costa Rican Petroleum Refinery, the Costa Rican Electricity Institute, the Ministry of Public Works and Transportation and the Public Transportation Council. With this Plan, Costa Rica is keen to show the world that clean and green development is possible and profitable. This message is particularly relevant ahead of the United Nations Climate Action Summit on 23 September 2019, when Member States will be asked to outline exactly how they plan to cut emissions.