Cát Tiên is one of the 5 largest national parks in Việt Nam, with an area of 71.187,9 ha, with diverse ecosystems, so fauna and flora species are also rich and developed.  Cát Tiên National Park has up to 1.610 species of vascular plants, 79 species of reptiles, 41 species of amphibians, 348 species of birds and 113 species of animals. A number of new species are still being discovered in Cát Tiên such as the Cát Tiên bent-toed gecko (Cyrtodactylus cattienensis), or the ruby-eyed green pit viper (Trimeresurus rubeus). However, Cát Tiên is also one of the few protected areas that still have wild animals running in sight such as peacocks, red jungle-fowls, deer and some small carnivorous animals... Cát Tiên is still one of the rare places in Việt Nam where the gaurs of the Red Book can be seen and captured.

In the past few decades, Vietnam’s wild animals have fallen sharply in both the quantity of species and the quantity of individuals in each species. According to data from the Vietnam’s Red Book (2007), if Vietnam had 365 rare and endangered animals (EN) based on the IUCN's assessment standards of species status in 1992, then in 2004 and in 2007, this number was up to 407 and 418. The number of critically endangered wildlife species (CR) in 2007 was 116. The number of precious and rare species classified as endangered also increased from 356 species in 1996 to 450 species and 464 species in 2004 and 2007, respectively. This is a consequence of illegal hunting, habitat destruction and illegal trade in many rare and precious species of animals and plants over the years. According to another report by the World Bank, the MONRE and the Swedish International Development Cooperation Agency (SIDA) in 2005, Vietnam has about 700 wild species at the risk of extinction at the national level, 300 species endangered at a global level and up to 45% of these were classified as critically endangered. 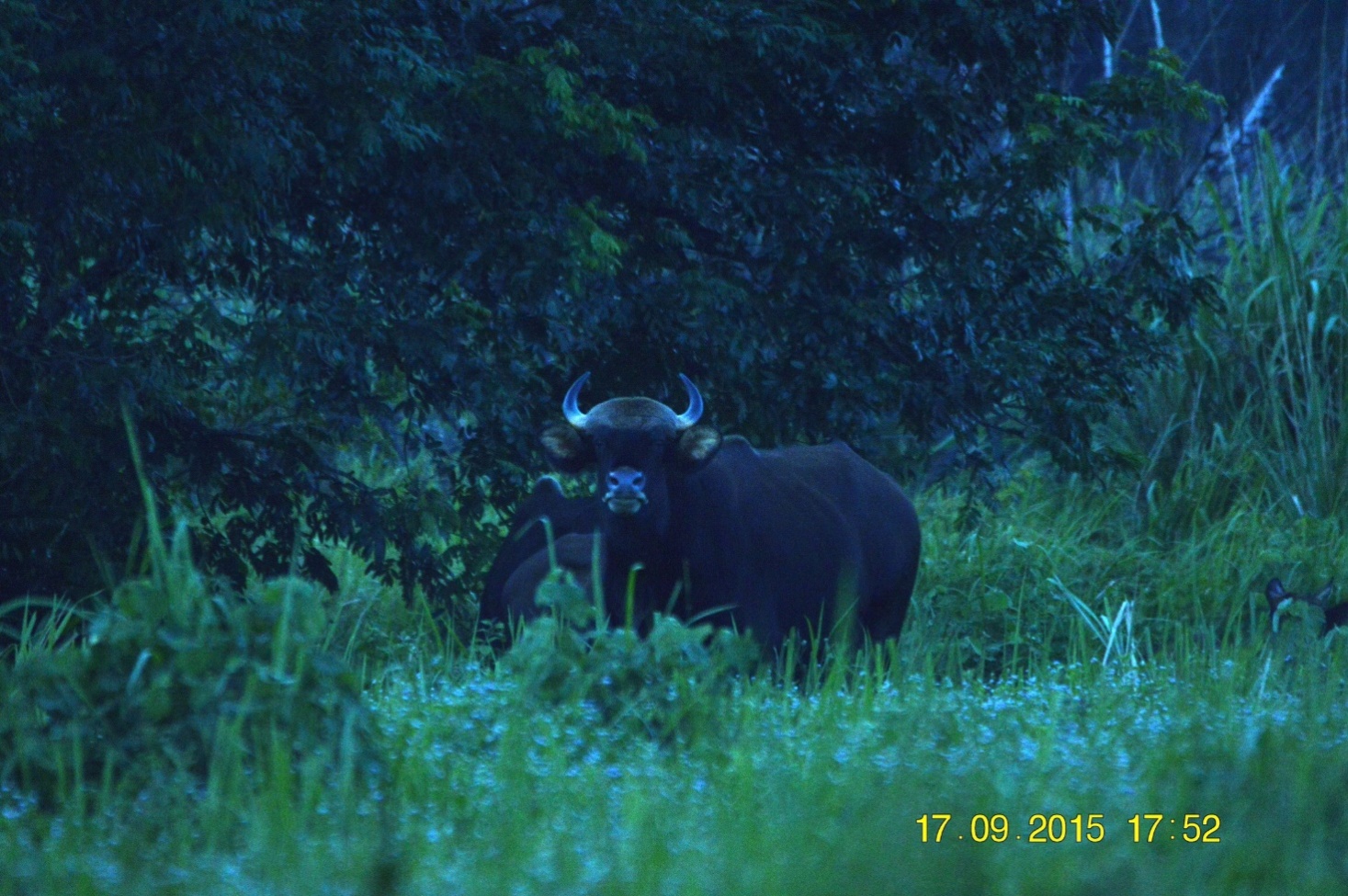 Like many other areas, Cát Tiên used to be devastated by war and contaminated with toxic chemicals. After the war, this was where the military stations were located and had been used for the purpose of post-war reconstruction. Some communities of Ma and S'Tiêng people in this period still maintained the custom of deforestation for farming and hunting wild animals, making the number of wild animals in Nam Cát Tiên decline. The hunting and catching wild animals have been greatly reduced at present, due to more strictly protected forests and the communities’ relocation out of the NP core zone.

From the late 1990s to the beginning of 2000, the raising of wildlife animals for commercial exploitation out broke. Some "easy-to-raise, easy-to-sell" species have been hunted to near extinction in the wild. The sika deer (Cervus nippon) are only in farms. After many years of being confined to farms and sucked of bile to exhaustion, bears are now only living in rescue centers or in semi-wild conditions. In Cát Tiên, crocodiles were considered extinct in 1996. Five years later, in 2001, the World Wide Fund for Nature (WWF) in collaboration with Cát Tiên National Park implemented the first program to restore wild fresh-water crocodiles in Việt Nam and the world, releasing 30 individual crocodiles that have been DNA tested to ensure the purity to the Bàu Sấu area. Perhaps this is a vivid example of the almost unique success in the restoration of the species already extinct in the wild. Up to now, crocodiles have been well rehabilitated, the number of observable individuals has increased to nearly 300 large and small ones.

A few years after the last rhino’s death, the story about whether or not to sacrifice part of Cát Tiên forest for the Đồng Nai 6 and 6A hydro-power projects used to heat up in 2013. The two hydro-power projects, proposed at the time of high energy demand, are expected to contribute to the State budget 322,7 billion VND in 40 years with the immediate price of more than 370 hectares of forest, of which 137 ha of the NP core zone, going to be destroyed. Probably the lesson about the last Javan rhino and the saltwater crocodiles (Crocodylus porosus) in Cát Tiên has alerted and contributed significantly to the competent authorities’ decision to stop the implementation of two hydro-power projects after many years of fierce controversy. Cát Tiên has become a rare example of a National Park "resistant" to the invasion of powerful private enterprises.  The Bàu Sấu complex, mineral deposits and vegetation along the Bàu Sấu, Bàu Chim, Bàu Cá areas were retained, the Cát Tiên forests managed to avoid being divided... The habitats of many wildlife species were restored, maintaining the area's biodiversity level.

As the current statistics of species in all forests of Việt Nam are so obsolete, in many places they are several decades old, it is difficult to provide scientific evidence and identify that the Cát Tiên forest biodiversity has gotten better or worse after the last rhino’s death. Resource allocation and statistical effort are limited and biodiversity monitoring is only focused on certain species. But one thing is certain that Cát Tiên forest is being restored and developed sustainably. Deep into more than 71.000 hectares currently under management, the species of primates, ungulates, small carnivores, pangolins are still alive and in need of protection. The Cát Tiên forest guards are always aware that their mission will not end but only get more difficult. The UNESCO’s World Heritage Committee in May 2013 recommended that "Cát Tiên National Park needs to use internationally recognized conservation forms to manage forests more effectively against threats such as hydro-power development, quarrying, uncontrolled tourism and especially urgent actions against illegal wildlife trafficking and hunting - the cause of serious damage to the NP’s natural values”. The above recommendations are being directed by the Vietnam Administration of Forestry, the Forest Management Board, the local authorities and people are to make efforts and cooperate for implementation.

At present, Cát Tiên National Park still retains the Javan rhino image on its logo, even though this species is extinct in Cát Tiên. The skeleton of the last Javan rhino still stands in the glass case. Though the rhino’s death has an impact on the general ecosystem of the Nam Cát Tiên forest area, the lesson it left is strong and convincing enough to promote efforts and dedication to the forest conservation, for other wild species in the forest, for the people’s lives around the forest and the future generations.