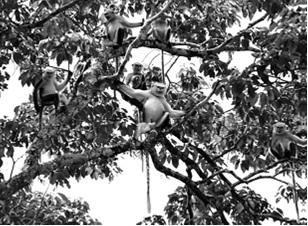 With cool climate and magnificent mountain landscape, there are potentials for tourism routes and spots and rest stops for tourists to view rare flora species, ancient trees, and wild fauna species in the NP. The NP has Ba Tiên mountain range with 25 small and large peaks and Đèo Gió area located in the provincial road No.176 located in Yên Minh district, has the potential for ecotourism and adventure tourism.