Air pollution causes a “huge” reduction in intelligence, according to new research, indicating that the damage to society of toxic air is far deeper than the well-known impacts on physical health.

The VEA establishment is a significant milestone in the process of planning and upgrading state management agencies for environmental protection, marking the development of environmental sector in Việt Nam.

Only 11 sarus cranes, the tallest species of flying birds on earth, have been spotted this year at Tram Chim National Park in Dong Thap province - which used to be the top destination of the bird in the Mekong Delta region.

Deputy Minister of Industry and Trade Hoang Quoc Vuong and Sandra Oudkirk, Deputy Assistant Secretary at the Bureau of Energy Resources of the US co-chaired the first Vietnam-US Energy Security Dialogue in Hanoi on March 30.

Localities in the Central Highlands are working to promote sustainable forest management and certification of forests.

The IUCN plans to launch a communication campaign to promote the non-use of plastic bags as a prelude to its sea turtle conservation programme on Lý Sơn Island in 2018.

The Vietnam Environment Administration under the Ministry of Natural Resources and Environment on December 19 honoured winners of the environmental photography contest, which was held under the patronage of the Vietnam Photographers Association.

A report on Vietnam energy prospects has been announced by the Ministry of Industry and Trade (MOIT), in collaboration with Danish Ministry of Energy, Utilities and Climate, providing an overview of Vietnam's opportunities and challenges faced in developing sustainable energy.

Prof. Dr Dang Huy Huynh, Chairman of the Heritage Tree Council and Vice Chairman of the Vietnam Association for Conservation of Nature and Environment (VACNE), has become the first Vietnamese to be honoured as an ASEAN Biodiversity Hero

The Bach Ma National Park has been selected as the site for the world’s only breeding centre for the saola, the extremely elusive forest-dwelling bovine only found in the forests of Vietnam and Laos

The Energy Conservation Centre in Ho Chi Minh City (ECC-HCMC) and the Japanese New Energy and Industrial Technology Development Organisation (NEDO) reviewed outcomes of a pilot project on green hospitals in Vietnam at a workshop in Ho Chi Minh City on June 20.

Bai Tu Long National Park in the northern province of Quang Ninh has been named the 38th ASEAN Heritage Park. The title awarding ceremony was held by the Ministry of Natural Resources and Environment, the United Nations Development Programme (UNDP) and the local People’s Committee in Ha Long city on May 19. 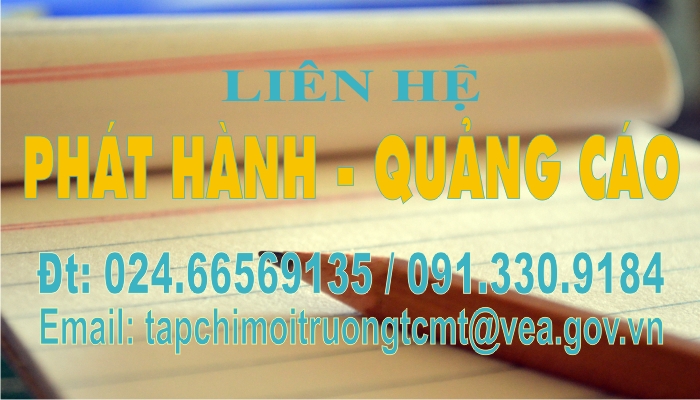